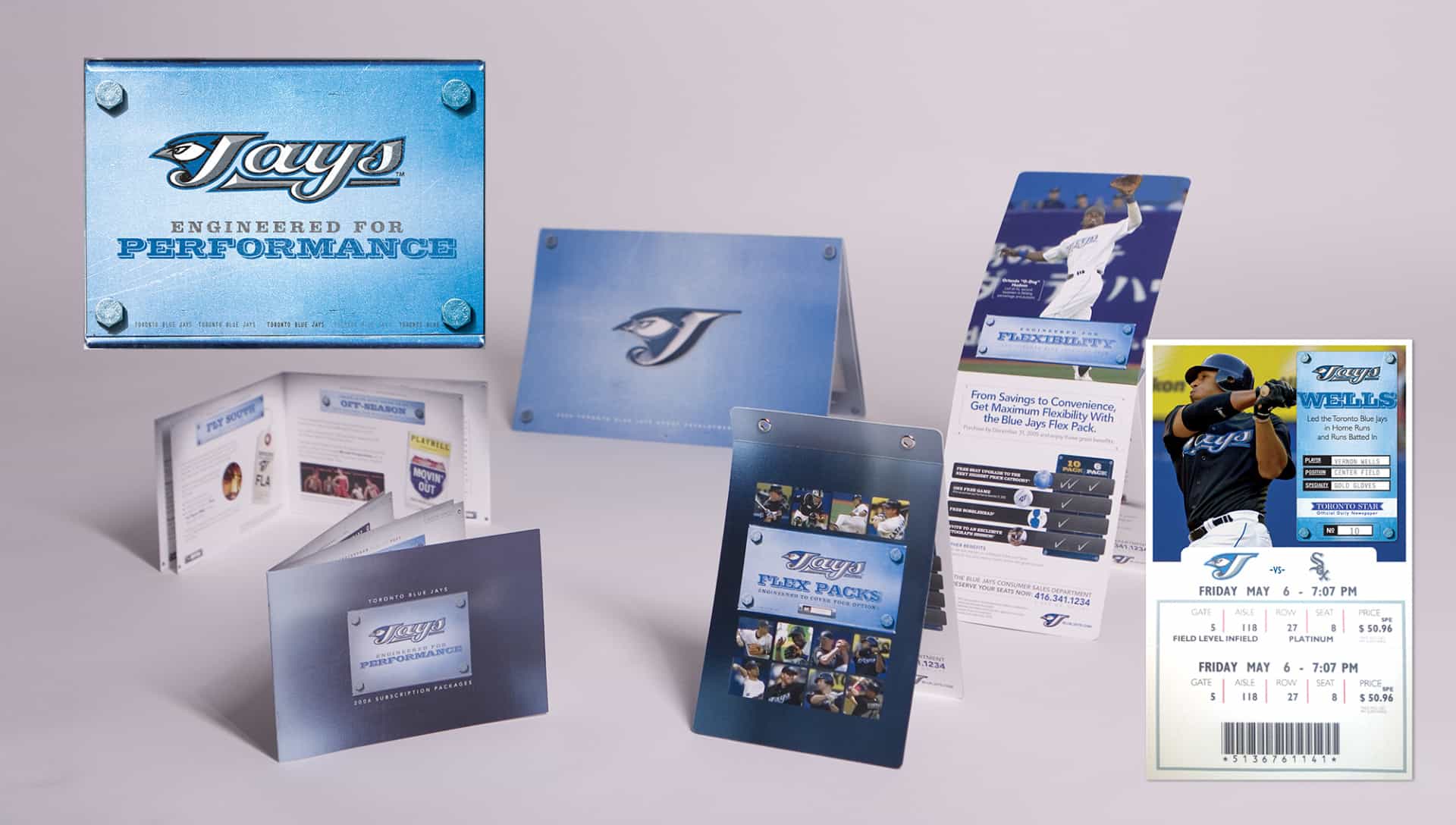 SWINGING FOR THE FENCES

The Toronto Blue Jays baseball club was an account I worked on from 2003-2010 as a designer and then art director. This was a rare international effort where a firm in another country was brought on to create marketing and advertising. Truth be told, we were brought on board to promote Blue Jays ticket sales in the Western New York area for key matchups against the Boston Red Sox and New York Yankees. I managed a design team as art director. Our performance was successful enough to promote the agency to do all marketing and advertising efforts with the exception of television. We promoted Season Ticket sales, Group Tickets Sales, designed ticket stock, direct mail themes and campaigns. 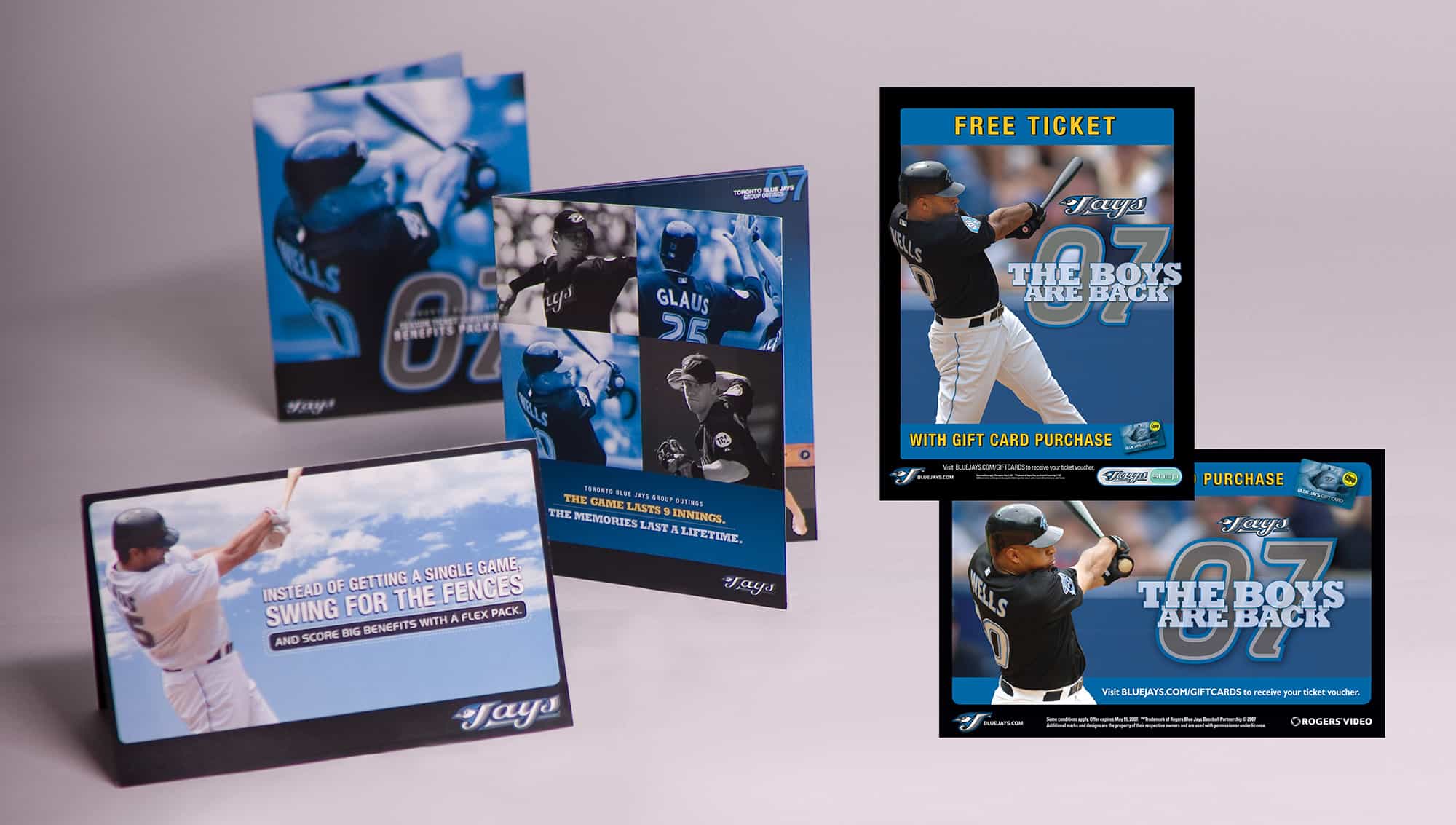 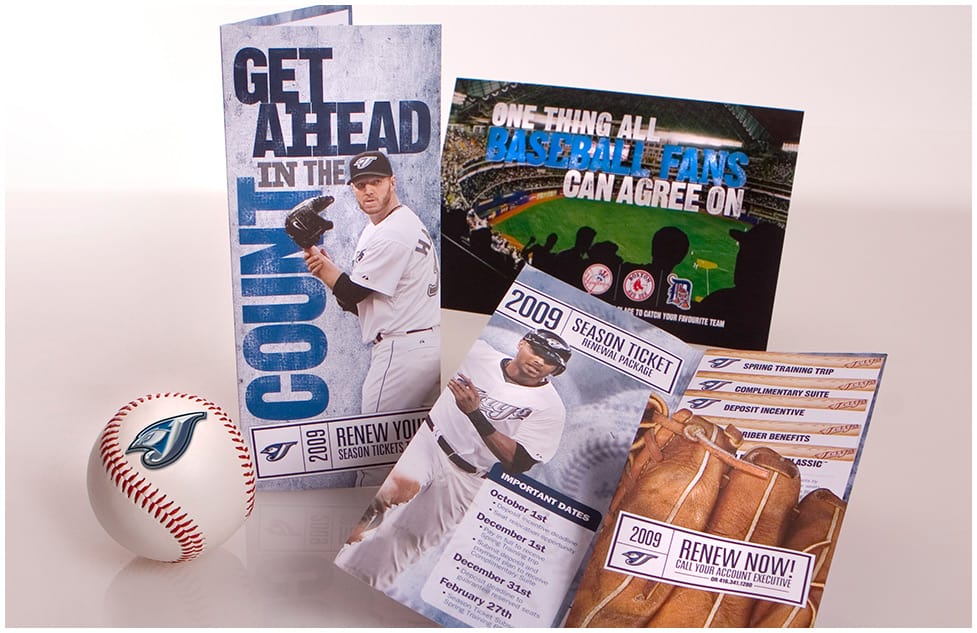 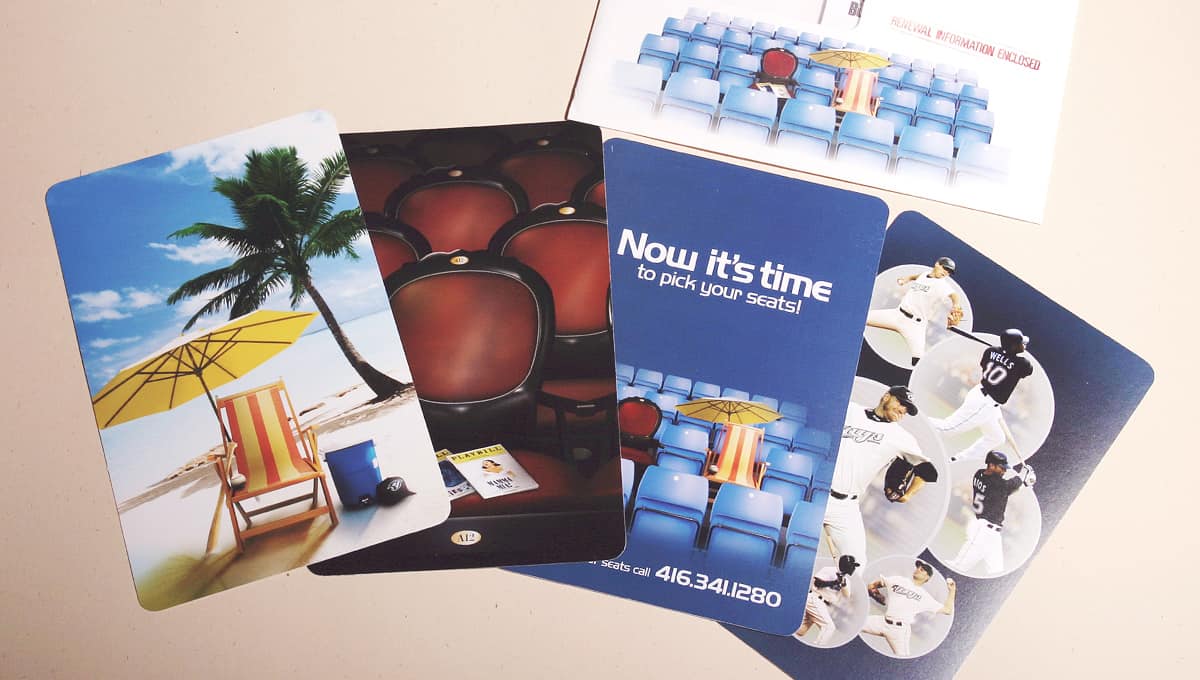 The Jays partnered with Mirvish Theatres to offer season ticket holders tickets to broadway shows, a trip to Spring Training in Florida and a seat in their favorite ballpark. This came to life by showing the Seat you are buying. 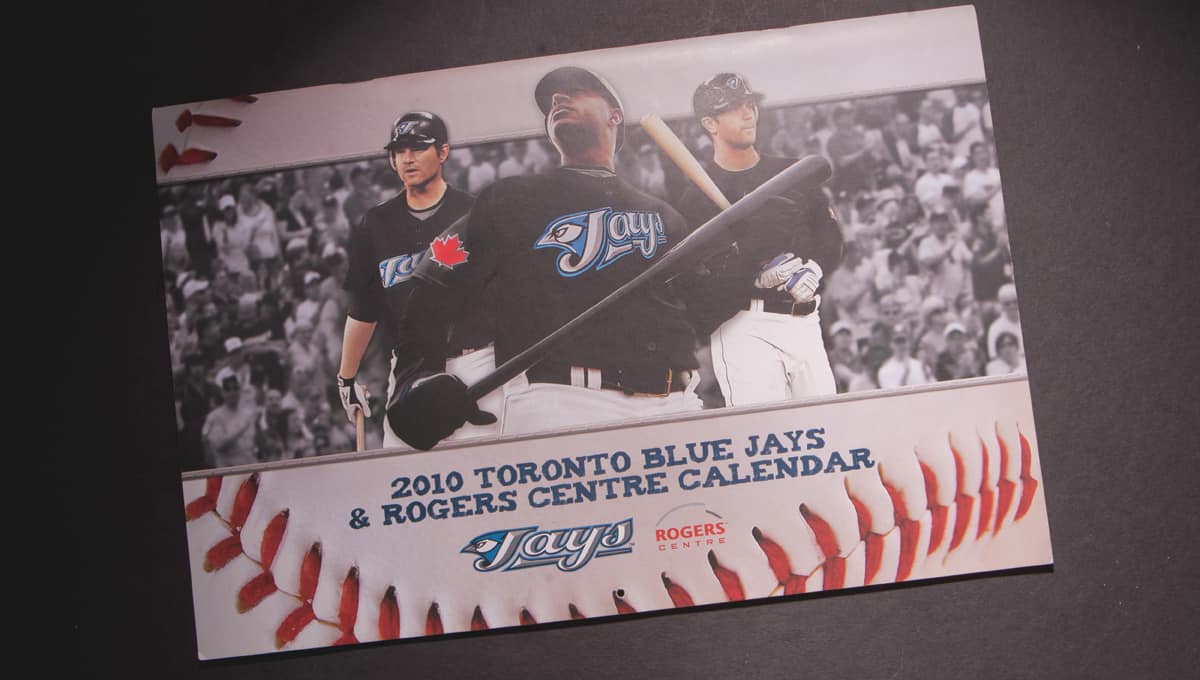 Over the years I designed 6 Group Ticket Sales calendars that featured the theme for the year. The 2010 Calendar focused on the Jays being “Canada’s Team” 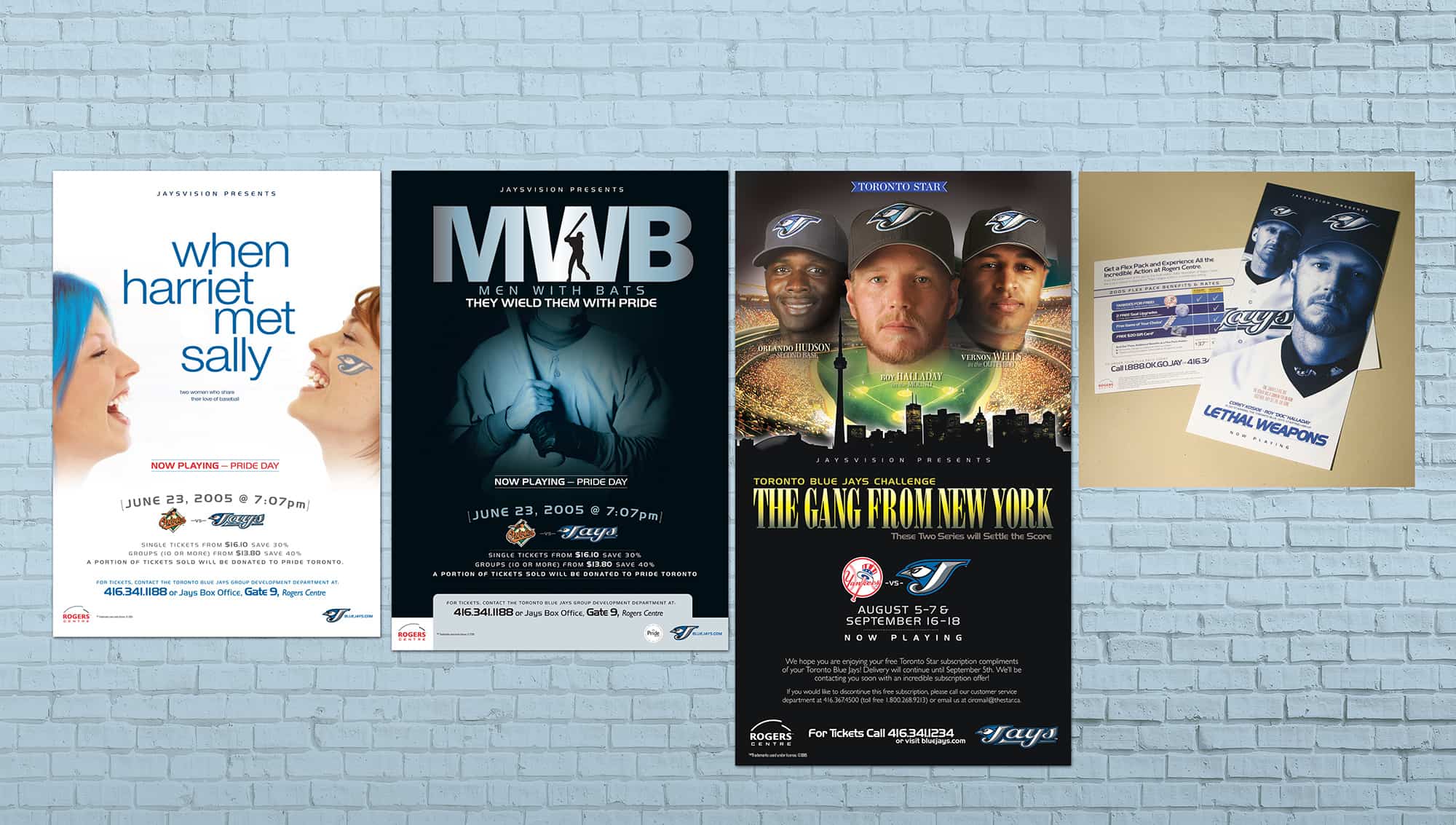 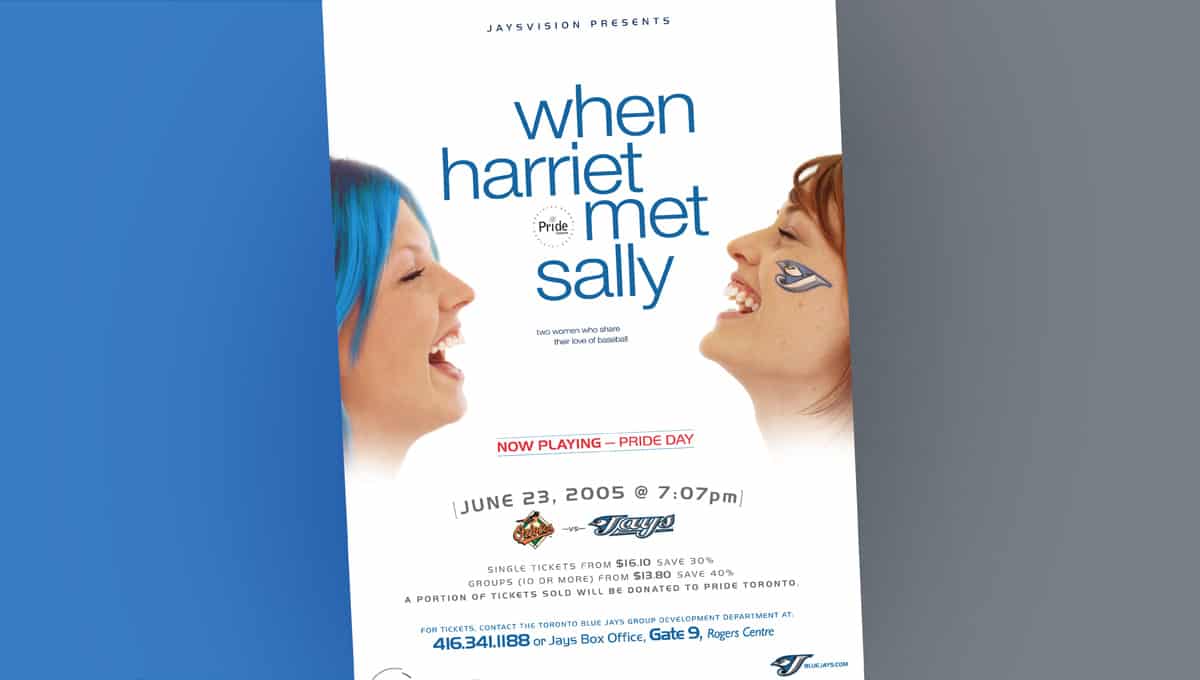